The first, a group shot, took some time to coordinate because at first he wanted to get really close to Alice, really close. Then, he would only look away from the camera. In this shot it looks like I have a death grip on his collar to make him stay ~ I promise that is not the case ❤

Later in the day I came into the kitchen to find Linus “spooning” his stuffed dog, one that looks very much like his younger brother or maybe a girlfriend of his same breed. As I took the picture he didn’t look up at all, didn’t even move. Those eyes. 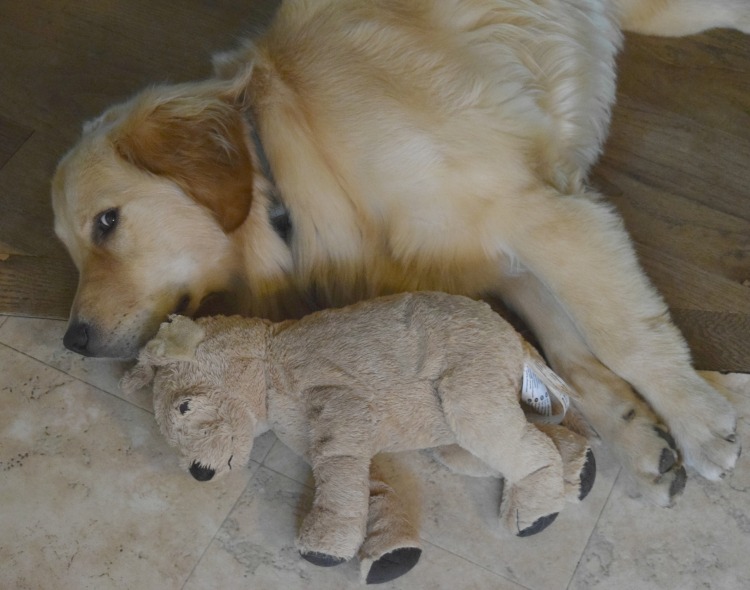 Last night I came downstairs after putting Alice to bed to find this, his “friend” in a bit of a pickle with his/her face chewed off. Linus, with a sort of proud yet frustrated look on his face, looked up at the camera as to say, “yes, I did it ~ now what are you going to do about it?” 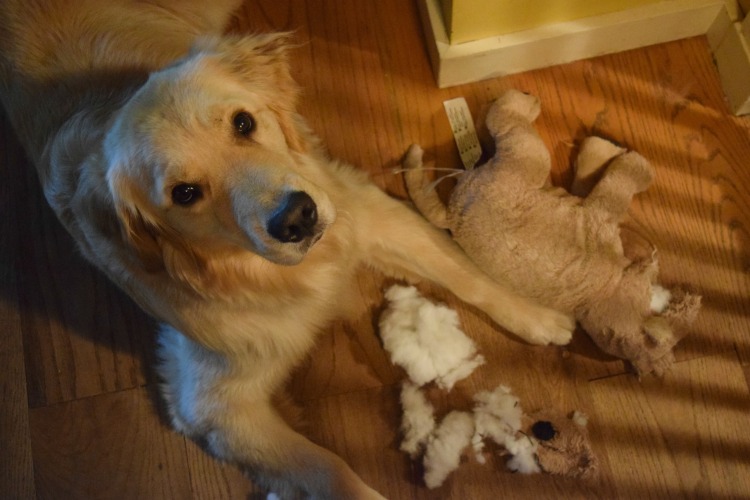 There is something about my big yellow dog that makes me smile and be a little frustrated at the same time.

Today on my to do list ~ a little sewing.

5 thoughts on “There is something about him…”