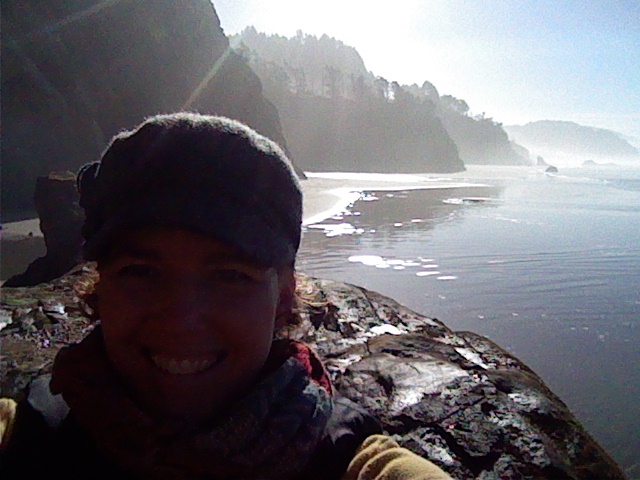 While driving to the coast my heart was very heavy. I wasn’t sure how I would feel when we went from highway 26 to 101, the moment when you first can smell and begin to see the sea. The coast, for our family, is a place for adventure and one we didn’t tap into nearly enough. We are approximately 63 miles from the Oregon Coast and probably get there 4-5 times a year- not enough.

The girls loved the coast. Wading in the freezing water, playing in the streams that ran from the top of the beach back to the ocean, flying kites, collecting rocks and bits of shell and their all time favorite – burying Tom in the sand. We have had many good times at the Oregon Coast and I smile thinking about the amount of sand that was transported from the sea,in Anna’s swimsuit, back to the house.

This trip, taken on Thursday with some very dear friends, was the first without the girls and Sampson. As we headed down the coast on Highway 101 towards Manzanita I felt a wave of peace that we were exactly where we needed to be. Eric, Kimi, Tom and I had the most amazing 3 days while at the coast. Good food, great conversation, ice cream, lots of laughter, tears and lots of talk about our girls. Just what Tom and I needed.

Friday morning we all woke up early and walked out onto the porch, which had a fabulous view of the ocean. In all my years in Oregon, 16 to be exact, I had never seen waves at the coast like I saw on Friday. They were absolutely huge and beautiful. If I was a surfer I’m sure I would have been all suited up and paddling on my board ready to face the waves head on. As we sat and watched we commented that it was like watching fireworks. There would be a moment of stillness with just a small rippling and then you would see the start of something bigger, just as the firework shoots up into the sky and shows off its glory, the wave would swell and come crashing down with the most magnificent display of grandeur. Each one bigger and more elaborate than the one before it.

As we stood watching God’s magnificent work unfold in front of us I know my girls were present. They, I’m sure of it, were smiling at what was about to happen. As we looked out we all noticed that emerging from the sea there was the start of a rainbow. Each time the waves crashed and produced white cape the rainbow was visible. I think at first we were all shocked, no one had ever seen a rainbow emerging from the sea before. Tom and I then smiled and knew exactly what was happening.

Our girls were letting us know that they were there. Showing us, yet again, that they were okay. I can imagine that they were trying out their newly acquired rainbow dust. Abigail saying to Anna, “just a little Anna, that’s all we need.” I smile at the thought of them watching us react to their little trick and how proud they were that it actually worked.

The rainbow-in-the-waves was there most of the morning, a constant reminder of my girls presence. When it finally faded I didn’t get sad, they will be back with another sign when the time is right and I will be open to receive it.

A week after I moved to Oregon in 1998 I took a group of kids hiking along the Oregon Coast. We ended up on a cliff just passed Oswald State Park overlooking the most amazing sight I had ever seen. This place is one I call my own, a little secret spot that I will forever cherish. I remember standing on that cliff holding the hand of one of my young adventures. He looked up at me and asked why I was crying. I looked down and said, “because it is so beautiful.”

God’s masterpiece called the Pacific Coast is breathtaking. I am so glad my girls had their rainbow dust handy and added their own touch, especially for us, this weekend. 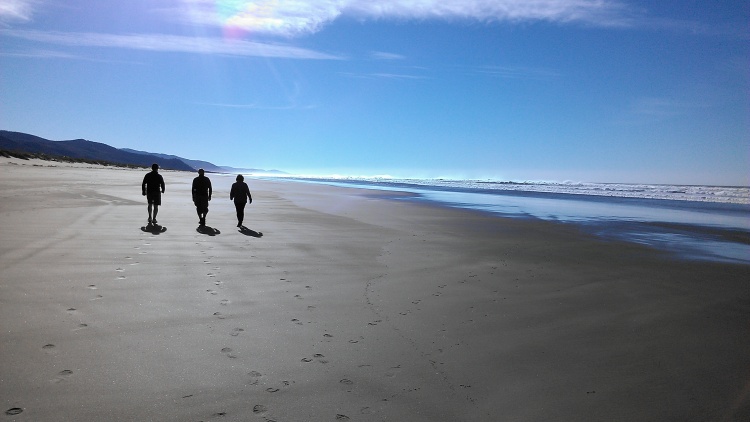 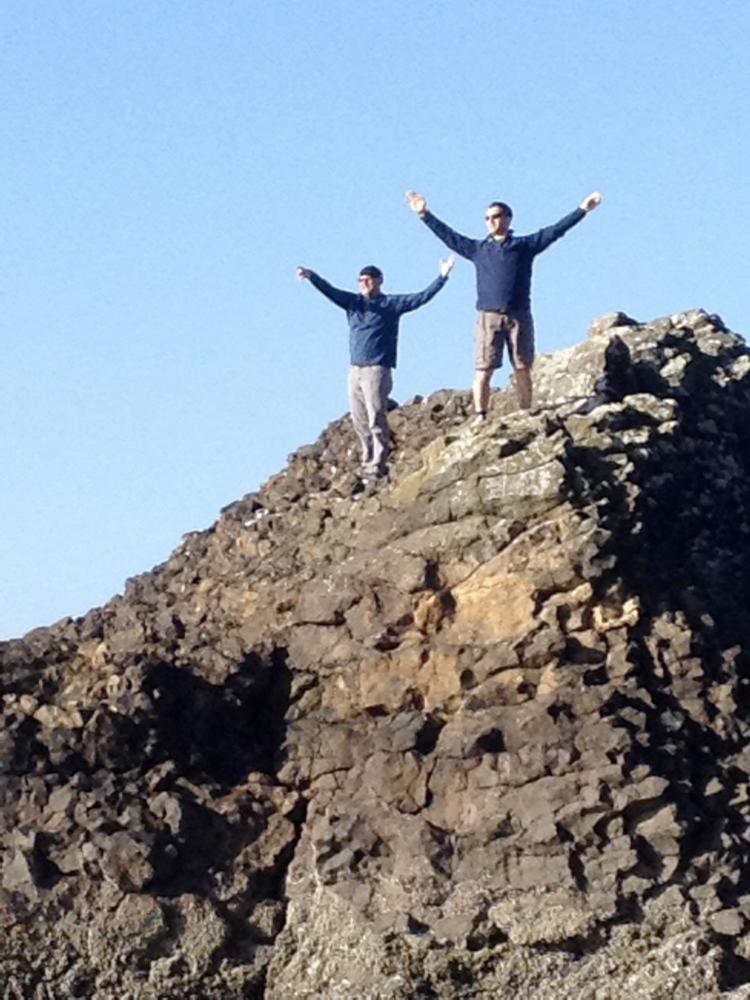 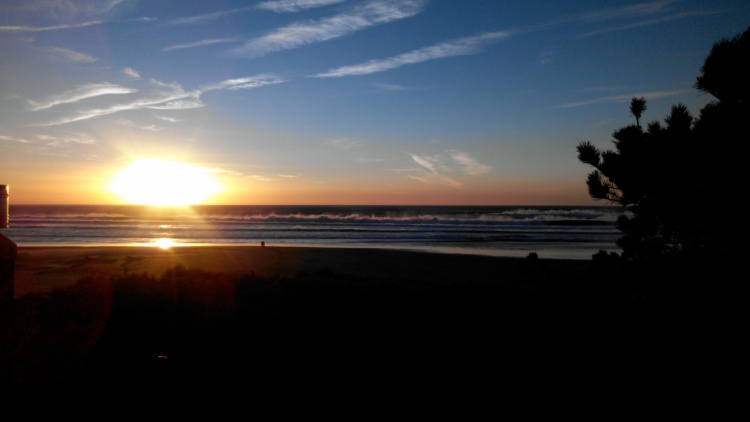